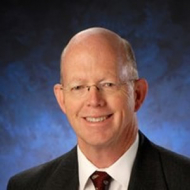 This user has not added any information to their profile yet.

Bill graduated in 1979 with a master’s degree from Purdue University and in 1981 from the University of Iowa Graduate Program in Physical Therapy. Since 1981 Bill has worked in outpatient orthopedic physical therapy settings, including being an owner/partner in private practices in Southern Oregon from 1986 until 2013, at which time he retired from partnership to concentrate on clinical treatment of TMD, complex facial pain patients, and teaching.

His patient care emphasis and clinical specialization for over 30 years has been in the management of temporomandibular, cranial, and cervical spine dysfunction. Bill is a diplomat of the Physical Therapy Board of Craniofacial Therapeutics, established by an international group of physical therapists including Mariano Rocabado, DPT, and holds the title Certified Cervical and Temporomandibular Therapist (CCTT).

Bill’s goal in teaching is to provide tools to evaluate and treat an often-unrecognized and undiagnosed population of patients who are experiencing both acute and chronic head and facial pain.

Bill is an instructor for  both physical therapists and dentists currently teaching a two day class on TMD for Professional Therapies Northwest. Bill also teaches a one day course designed specifically for dentist. Bill has taught previously  for Empiridence and Myopain Seminars, the Schools of Physical Therapy at Pacific University and George Fox University ,and for the Oregon Physical Therapy Association. In 2011 and 2015 Bill spoke at the OBI Foundation for  Bioesthetic Dentistry National Conferences on “The Interrelationship of the Cranium, Cervical Spine and Occlusion – A Team Approach for an Optimal Outcome”. Bill presented at the Oregon Dental Association State Conference in 2013 and is scheduled to teach for the Washington Dental school in 2019. .